Meet six change makers who have collectively seen it all, from the bottom rung to the boardroom. 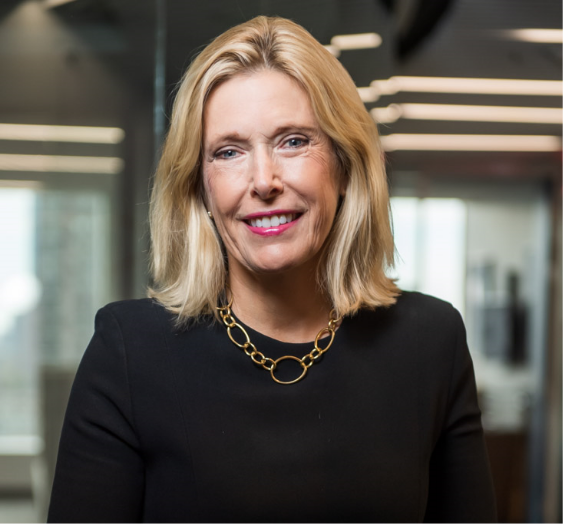 Dawn Hudson is a senior executive and keynote speaker. She is a founding member of “The Band of Sisters” after spending 11 years at PepsiCo as CMO, then President and CEO of Pepsi-Cola North America. After PepsiCo, she served as Vice-Chairman of Parthenon (now part of EY). Later she was the CMO of the NFL responsible for development of the fan base, the brand, and overseeing all NFL produced events including the Super Bowl.

Dawn also has significant governance experience having served on boards of directors of Lowe’s Home Improvement Stores, Allergan Pharmaceutical, PF Changs, and Amplify (sold to Hershey’s). She served as Chairperson of the LPGA (Ladies Professional Golf Association) and ANA (Association of National Advertisers). She currently serves on the boards of Nvidia, Interpublic Companies, and Rodan + Fields.

Dawn earned her BA at Dartmouth College. She is passionate about the difference a good culture can make on sustained performance. She is equally passionate about staying competitive in tennis, paddle tennis and golf against increasingly younger players. 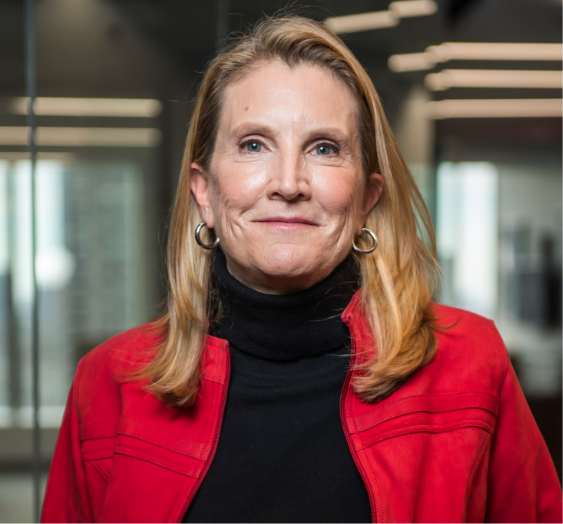 Cie Nicholson is an investor, and advisor to a number of start-up companies, a speaker, and a founding member of “The Band of Sisters” after spending 11 years at PepsiCo in marketing positions, including Chief Marketing Officer, Pepsi-Cola N.A. After PepsiCo, she served as EVP and CMO of Equinox, SVP and CMO of Softcard (fintech start-up acquired by Google).

She presently serves as public board director for Selective Insurance and also served as a private board member for Heartland Food Group and the ANA (Association of National Advertisers).

Cie earned her BS at the University of Illinois and her MBA at Indiana University. 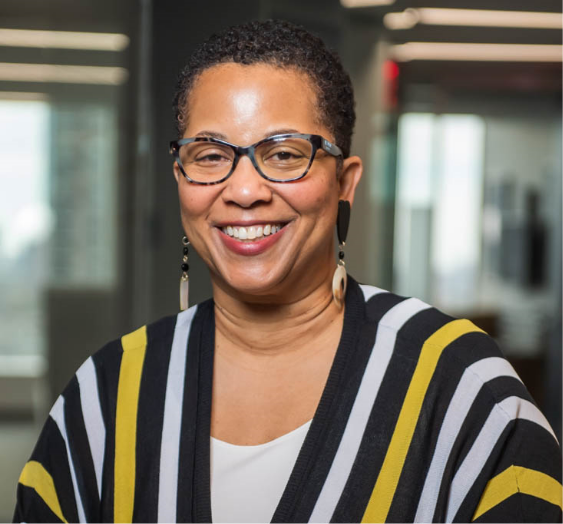 Mitzi Short, an executive coach and speaker, is the Co-Founder and CEO of New Season Coaching & Consulting Group, and a founding member of “The Band of Sisters,” after spending 25 years at PepsiCo in sales, operations, and marketing leadership roles, including PepsiCo Customer Team VP/GM and VP of Multicultural Marketing. Mitzi also serves as an Adjunct Executive Coach for the Center for Creative Leadership and for the University of Oregon’s Executive MBA Program.

She is a Fund for Education Abroad Board Member and former member of Davidson College’s Board of Trustees, The Executive Leadership Council, and GOLFTEC’s Franchise Advisory Board

Mitzi earned her Bachelor of Arts in Economics from Davidson College and M.B.A. from the University of Oregon.

Mitzi is a big sports fan who loves traveling, playing golf, and spending time with family and friends. In addition, she is a GOLFTEC Franchise Owner and contributing author of Teeing Up for Success. 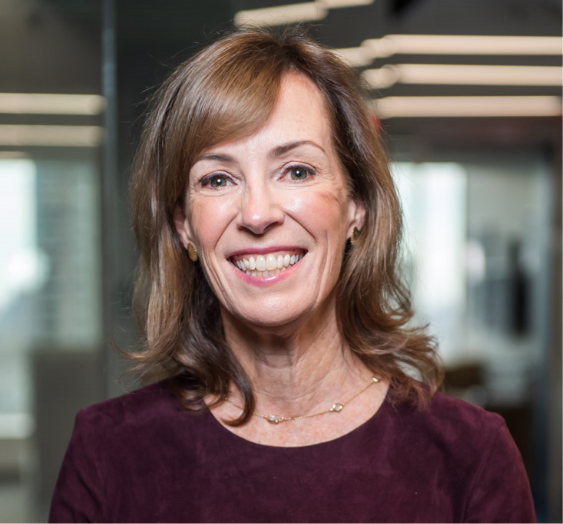 Katie Lacey is a former CEO and senior executive, a speaker, board member and a founding member of “The Band of Sisters” after spending 12 years at PepsiCo in a variety of marketing roles at both Frito-Lay and Pepsi Cola, including overseeing the full portfolio of carbonated beverages. After leaving PepsiCo she served as SVP, Marketing for ESPN, where she led all marketing efforts across ESPN’s multi-platform business. She most recently served as President & CEO of Crane Stationery, where she drove a turnaround of the iconic 200-year-old business and the successful sale of the company.

Katie earned her Bachelor of Arts from the University of Virginia and an M.B.A. from Northwestern University’s Kellogg School of Management. Presently, Katie lives in NYC where she serves as a Board member of wellness brand, Designer Protein, and logs many miles walking through Central Park with Cie discussing but rarely solving the world’s problems. 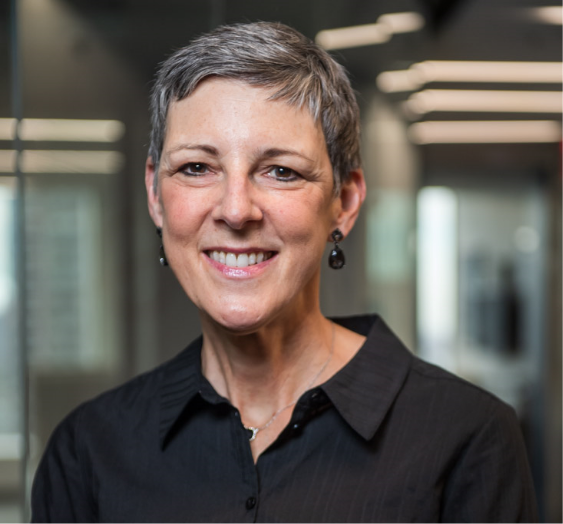 Lori Tauber Marcus is a corporate board director, executive coach, and founding member of “The “Band of Sisters” after spending 24 years at PepsiCo in multiple roles, including Senior Vice President, Marketing Activation. After PepsiCo, she served as SVP, CMO of The Children’s Place Retail Stores, EVP, Chief Global Brand & Product Officer at Keurig Green Mountain, and Interim Global CMO, Peloton Interactive. She also served for several years as the leader of the direct-to-patient workstream at Harvard Business School’s Kraft Precision Medicine Accelerator.

Lori also has significant Board experience and presently sits on the boards of Fresh Del Monte Produce and 24-Hour Fitness.

She earned her BS from the Wharton School of Business at the University of Pennsylvania.

Lori lives in CT and is a health and fitness nut. You can find her most mornings riding her Peloton bike at the crack of dawn. 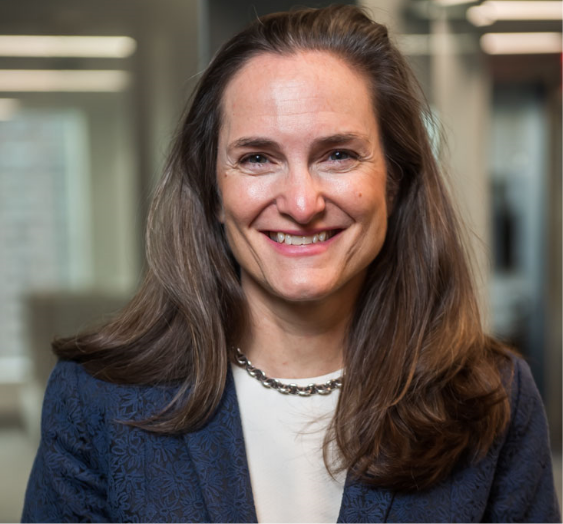 Angelique Bellmer Krembs is a Chief Marketing Officer and Brand Advisor, and a founding member of “The Band of Sisters,” after 23 years at PepsiCo, leading turnaround and growth for many beloved brands, including Pepsi, Diet Pepsi, Mountain Dew, and SoBe, and a variety of cross-divisional PepsiCo leadership roles. After PepsiCo, she was CMO at News America Marketing, leading digital transformation for this division of News Corp, then created a CMO Advisory practice across a portfolio of private equity-backed startups and emerging brands before joining BlackRock as Global Head of Brand.

She earned a Bachelor of Science in Foreign Service from Georgetown University, and an MBA from Dartmouth’s Tuck School of Business.

Angelique passionately believes in “performance with purpose,” and that great business results and high functioning teams always “start with why.” She also has a quirky obsession with how board games can teach leadership lessons.

Back to top B